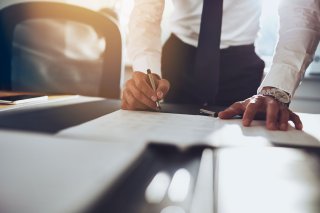 The following shall apply: upon payment of the voice recording, the usage rights are transferred to the client; but only within the agreed framework and for the agreed purpose. The Compensation for the voice recording does not constitute exclusion of competition. Total exclusivity (e. g. no other speaker advertising for a certain period of time) or product exclusivity (e.g. no other coffee advertising for a certain period of time) may, however, be agreed subject to an additional fee negotiated for individual cases. Exclusivity agreements require the written form.

The term “industry film” includes image films, product presentations, teaching and instructional films, technical films, training videos, etc., Thesis and speech components from these must, without the per - mission of the speaker, not be used for a purpose other than that agreed, and may only be presented by the client to a defined and limited audience and not released in any mass media or used there for advertising purposes.

Television and radio station GTCs do not apply automatically; the individual agreement between the parties is authoritative. If no individual contractual regulation has been made, the following conditions shall apply analogously.

Upon payment of the layout, the client obtains the right to use the voice recording for presentations and market tests. In the layout stage, the client is also permitted to create any number of motifs from the speech material.

The layouts must not however be broadcast without permission nor otherwise be made accessible to the general public, e. g. for advertising information or sales purposes. If anything is broadcast, a usage fee is due in addition to the layout fee. The same shall apply to each case where parts of a layout are used.

Upon payment of an individual spot, the client obtains the right to broadcast the respective spot within the agreed broadcasting area, using agreed media, limited to the Federal Republic of Germany for the duration of one year, determined from the date of production of the broadcasting media (e. g. distribution copies) or from the first use at the latest (use/release).

As well As broadcasting rights for the Federal Republic of Germany, the client obtains the right to broadcast stations received across Europe that are based in Germany.

For broadcasts in stations that are not based in the Federal Republic of Germany (e. g. MTV, etc.), or for any other country (e. g. Austria, Switzerland, etc.), another usage fee is due for the respective media.

If the client uses a spot or (speech) part of a spot to create another or a new radio, TV or cinema spot, then another usage fee is due; the same applies to a change of media (e. g. if a radio spot or parts thereof become a cinema spot) and/or the use of a new media such as the internet, multimedia applications, etc.

The same shall apply to producing and broadcasting sales videos, industry, films, in-store radio production, public events, etc., if these are broadcast or released via another media or a new media. For the production and processing of videos, CD-ROMs and other multimedia applications that are offered for sale or are used for advertising purposes, additional separate usage fees, dependent on circulation numbers, are due. Only the radio spots for local or regional stations regularly have a special position in the pricing structure: here, the publication fee is cheaper because the broadcasting area is strictly limited. A local radio spot covers broadcasting in any number of stations in a single town or city; here, a very limited area within a district is meant. It is considered to be a regional radio spot if broadcasting takes place in more than one individual local area and applies up to broadcasting in any number of stations within a single state.

It is considered to be a national radio spot if the spot is broadcast in more than one single federal state. For any other country outside of the Federal Republic of Germany, another national usage right is needed.

If a separate fee agreement has not been made, the respective current speaker price list applies when determining the amount of individual fees, which can be requested at any time and which is available for inspection at the production studios.

In the case that a production deadline cannot be met by the client, a cancellation fee of 40% of the individual fee index is due for the payment to the speaker, unless the client cancels production in good time, i. e. at least 18 hours before the agreed deadline on working days. If the speaker cannot meet an agreed production deadline due to reasons out of his control, e. g. illness or force majeure, of which he must present evidence on the request, then he is not liable for client's costs associated with this.

Errors for which the speaker is responsible (e. g. pronunciation errors) must be reported within 14 days from acceptance. Within this period, the corrections shall be made without any additional charge. After 14 days have elapsed, in case of corrections, the principal shall be charged a fee for new recordings.

If a voice recording has been accepted by a principal who is personally present or a representative thereof, complaints (due to errors for which the speaker is responsible) can no longer be made subsequent to that acceptance. In such cases, a correction of the original recording shall be considered a newly payable recording.

Should a text require re-recording, following acceptance due to changes in the text, this shall also be considered a newly payable recording.

Before the first broadcast, the client is obliged to inform the speaker when a voice recording,

layout and/or spot, whether in the original or altered format, is sent out via the original agreed media or another media or one of the new media, within the new area (e. g. local, regional, national, international), within a certain time period. If, in justified and exceptional cases, the client cannot provide this information on time, then he must give it to the speaker at the latest within 10 days after the first broadcast. If the client does not meet this obligation to inform on time, then the speaker can demand

10% interest p. a. from the invoice amount for the period of time that has elapsed between the date the information was due

(at the latest within 10 working days from broadcast) and the day on which the speaker learned of the broadcast. The right to demand default interest in cases of delayed payment after invoicing is unaffected by this.

If there is a breach of the obligation to inform or in the event of use or distribution of a voice recording, layout or spot in violation of the agreement, e. g. beyond the agreed period, area, or with other than the agreed media, then the client is obliged - notwithstanding the obligation to pay to the respective usage fee to pay the speaker a contractual penalty in the amount of 4 times the usage fee in the case of non-compliance, precluding acceptance of continuation of offense. The client is equally liable for breaches that are caused by third parties involved in production at his instigation.

The speaker is not liable for the content of productions.

APPLICABILITY OF THE GTC

Upon award of the contract to the speaker, these GTCs shall be considered as being agreed and the client's GTCs shall also not apply automatically.

For these GTCs and all legal relationships between the contracting parties, the law of the Federal Republic of Germany shall apply. The place of jurisdiction is the speaker's place of residence.

Should a clause of the GTCs or a clause as part of other agreements be or become ineffective, then the effectiveness of the remaining clauses or agreements shall not be affected by this.